✔ Who is everyone’s favorite rock band in Red Valley?
✔ Who do the Razors listen to in the locker room when they want to get pumped up for a game?
✔ Which band did Carli play for Josh while he was in a coma in Falling Awake?
✔ Who’s song did Everly have stuck in her head in Cooper’s Cougar?

These California natives are finally getting their own book and I couldn't be happier to share the story of Red Valley’s rock star sweethearts with you. 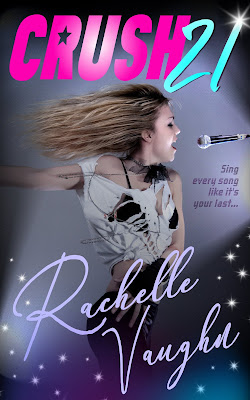 Available for pre-order at the following retailers:

Rock star Cassidy St. Claire loves life on the road, touring from city to city and belting out the catchy songs her and her band Crush 21 is famous for. That is, until their North American tour comes to an end and she must return to her hometown of Red Valley, California for the first time in years. Suddenly, Cassidy is thrust back into a life she’s been desperately trying to forget. And when she gets a look at her high school crush, she knows she won’t be leaving town with her heart intact.

Lane Sullivan has put all of his energy into running his late father’s bar. Anything to keep from thinking about how close he was to being lead guitarist in the popular rock band Crush 21. He lost his one chance to be a rock star and now that he’s made his bed he must lie in it. Alone. Then a tour bus rolls into town and who else but Cassidy St. Claire saunters back into his life, reminding him of everything he’s given up in order to keep the promise he made to his father.

Can Cassidy and Lane put the past behind them, rekindle their love, fend off a deranged stalker and find peace after their best friend’s murder, all before the band begins their European tour? Cassidy’s life just might depend on it. 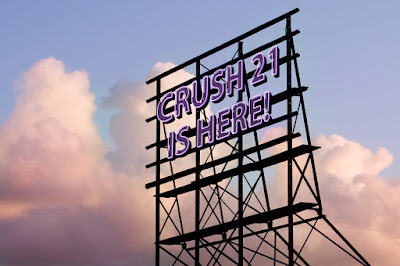 Are you as excited for Crush 21 as I am?

Posted by Rachelle Vaughn at 7:00 AM