Today, the blog is being taken over by Crush 21's biggest fan! She saw the band perform at the NorCal Center last night and here are her thoughts on the concert...

OMG! I just got back from the Crush 21 concert and it was the greatest thing I’ve seen in my whole entire life. I don’t know if I can even find the words to describe it, but I’m going to try because something that awesome has to be put on paper.

I’ll start with Cassidy St. Claire, the super-awesome lead singer. I loved her before I saw her live and now, oh my gosh, now she is my hero! She was so awesome on stage and she looked really cool because she added purple to her hair. In the "Tumble Dry" video she had green streaks, which were cute, but the purple is so amazing that I wanted to cry.

I’d be lucky to be able to sing half as good as she can. Of course, everyone was singing along with her and sometimes during the chorus they were louder than she was, if you can believe that. In the crowd, there were people of all ages.

She was wearing black skinny jeans, her trademark Converse shoes, of course, and a sparkly tank top. Oh, and she was wearing awesome make-up and purple eye shadow. She sang every song that I wanted her to sing. "Shut Your Lies" is my favorite and I was so stoked when that’s what they opened the show with.

Next, I have to tell you about Jeremy James. I went crazy when I saw him because he’s the cutest guy who’s not on TV that I’ve ever seen, not to mention he’s the best guitar player in the whole wide world. Jeez, Cassidy is, like, soooo lucky to get to see him everyday. They are the luckiest people, ever. Mmmm, Jeremy James, I love you so, so much!

Oh, and I can’t forget the twins, Taylor and Tyler. Tyler was awesome on base as always. And on drums, last but not least, Taylor. He played a killer drum solo that blew everyone away.

I’m so glad that I saved money for a ticket. It took  me a couple months and all of my allowance, but it was so totally worth it. I would do it again in a heartbeat. In fact, I wish they were playing more shows close by, but they’re headed overseas and I won’t get to see them again until the next tour.

Ugh, I don’t ever want to take off my Crush 21 shirt! At least I have my posters to look at all the time.

Okay, I probably should go to bed now even though I think I’m way too excited to sleep. My ears are still ringing because it was crazy loud in there and my voice is raspy from screaming my lungs out. I hope I dream about Jeremy. That would be so awesome. I wish I could marry Jeremy when I get older (he’s 21) and then Cassidy and I would be best friends! I’d better go to bed so I can get up in the morning and go buy some purple eye shadow. 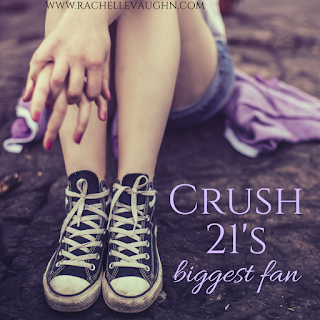 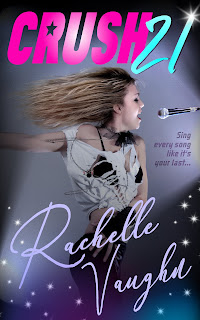