Would YOU wear this jersey?

I’ve seen this pin circling around on Pinterest and it got me thinking... 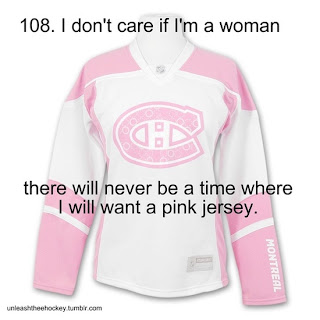 Personally, I own a pink jersey and have even worn it to games. (hiss, boo!) I don’t really understand what the big deal is. Just because it’s not the team’s official color doesn’t mean it isn’t awesome.

I’m proud to wear my team’s logo no matter what color it is. I love hockey and I just so happen to like the color pink. Does that make me any less of a fan for wearing it?

I don't think the players themselves even mind. There are plenty of times when teams stray from their official colors. And we've all seen holiday themed jerseys at practices. Green jerseys for St. Patrick’s Day, pink jerseys for Valentine’s Day... 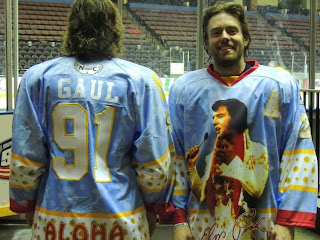 These even have hearts on them. Oh, the horror! 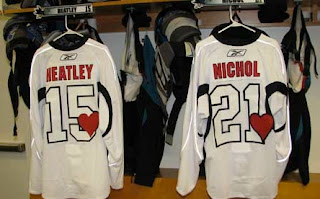 Even though there are three NHL teams in California, I rarely meet a hockey fan in person. If I saw you wearing your pink jersey, I’d be too excited to see a fellow hockey fan to worry about what color you were wearing.


Besides, shouldn’t hockey fans be united? I would never criticize a hockey fan for supporting their team in whatever way they chose to.

Until a hockey team comes along with pink as their official color, I say wear your pink jersey proudly.

Email ThisBlogThis!Share to TwitterShare to FacebookShare to Pinterest
Labels: hockey