This has been an emotional day for me as goaltender Evgeni Nabokov announced his retirement from the NHL today. 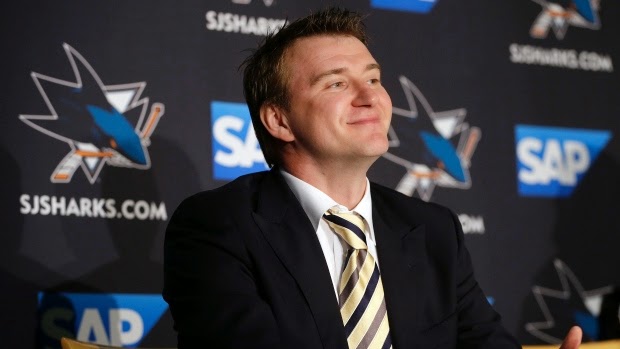 Nabby is the reason I watched hockey, it's as simple as that. As you might already know, Nabby has influenced my writing considerably and I have dedicated many blog posts to him as well. I look back over the years and wonder if I would have even started writing about hockey players if it wasn't for him. In my first book, Home Ice, Ben's jersey number is 20 and there is even a chapter in the book called "The Number 20". The goaltender for my fictional team the Red Valley Razors--Alexandre "Sebby" Sebastien--is affectionately named after Nabby. (Eventually Sebby will get his own book and I hope to do justice to the feisty Russian and his vibrant personality.) 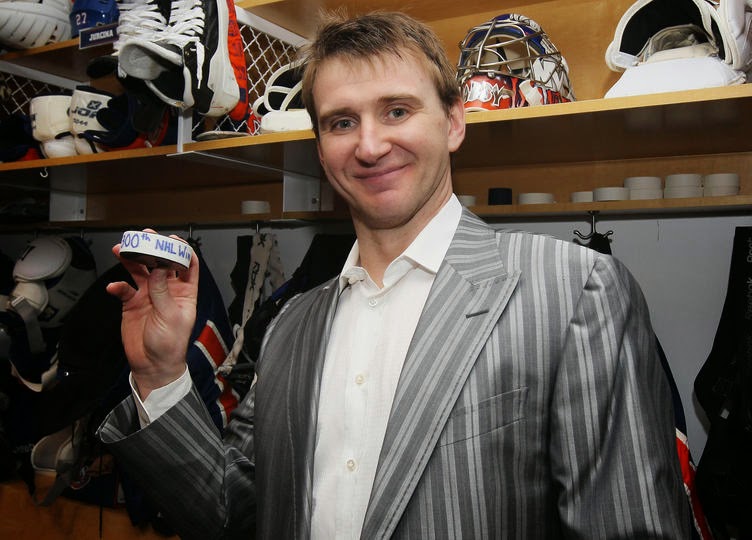 We will miss seeing Nabby between the pipes and making miraculous saves (and even scoring a goal of his own on occasion). I will miss being able to turn on a game and know without even looking at the name on the jersey if he was in net or not. Because underneath all the gear and the pads I could tell just by his goaltending style, body language and his crouch.

I wish Nabby all the best as he steps away from an incredible career and moves on to the next chapter in his life. Even though he didn't win a Cup, he is a champion in my mind all the same. 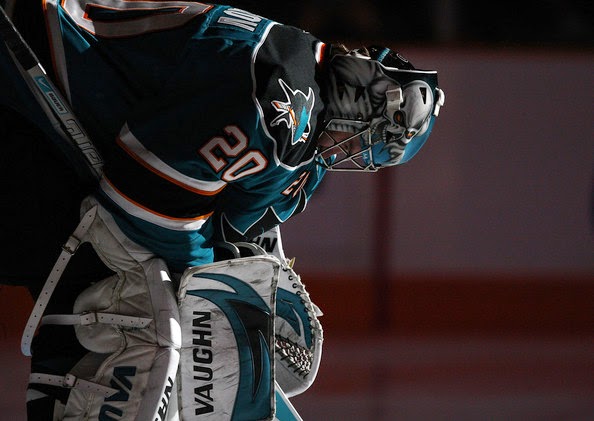 And he will always be my favorite Number 20.

Posted by Rachelle Vaughn at 4:00 PM