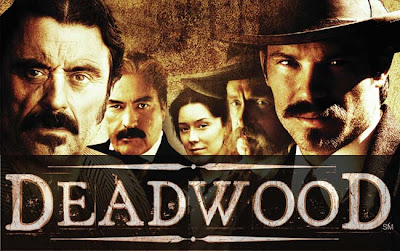 I discovered the show Deadwood for the first time this month. Somehow I missed it when it was originally on the air, but luckily HBO GO allows me to stream shows and movies. I don’t know how I lived without Deadwood before Because. It. Is. Awesome.

I love the concept of a gritty western and the fact that it's on HBO where they don’t have to sensor it, makes it even better.

Oh, and the characters! The entire cast deserves to win every award on the planet. Ian McShane was born to play Al Swearengen. Timothy Olyphant is amazing as always and I love Brad Dourif’s performance as Doc Cochran.

Needless to say, I went ahead and bought the DVD set and the case is absolutely beautiful. It’s probably the nicest box set I’ve ever seen.

When I mentioned that Ian McShane was born to play Al Swearengen, it got me thinking about other actors who seem to have been born to portray specific characters.

A few come to mind:
Sarah Jessica Parker as Carrie on Sex and the City
Val Kilmer as Doc Holliday in Tombstone
Alan Alda as Hawkeye on M*A*S*H

Any others you can think of? 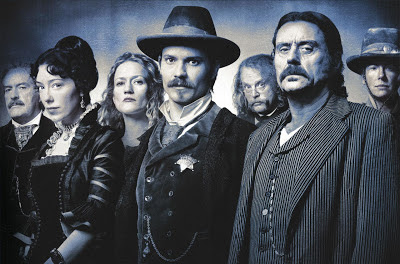 Posted by Rachelle Vaughn at 3:23 PM